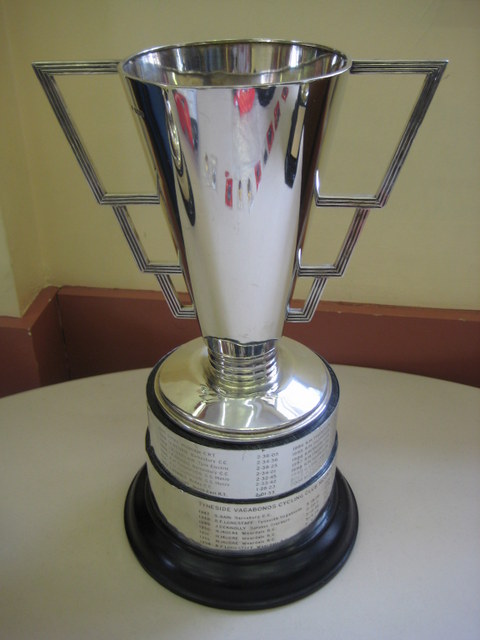 The Marion Bunton trophy is awarded to the fastest rider in the Mountain Time Trial. 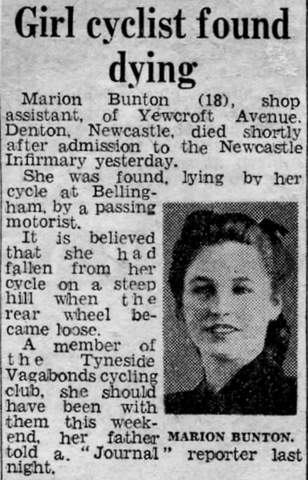 Marion Bunton was an 18 year old member of Tyneside Vagabonds in 1948, when she suffered an accident whilst cycling with a friend near Bellingham.

Marion had joined the Vagabonds two years earlier, and had gone on to win prizes in open competitions the following year.  Marion had become a keen Youth Hostel enthusiast and for a few weekends before the accident had been visiting local hostels with her companion Mary Wright.  After spending an evening at Bellingham Hostel on Sunday 21st March 1948, they set off in the direction of Otterburn and the tragic accident happened near West Woodburn when the back wheel of her machine reportedly became loose as she was cycling down a steep hill.  She was rushed to the Royal Victoria Infirmary in Newcastle, but passed away shortly after.